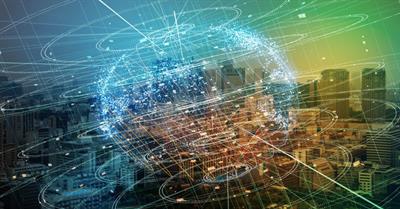 Remember those good old days, when our parents and grandparents used to exchange letters. That excitement when a letter used to arrive and the eager to open it and see what was written. But, nowadays emails are more popular. You can send an email to a person sitting on the other side of the world and he/she will receive it within a matter of seconds. But, have you ever wondered about the history behind this amazing invention. Well, today I am here to tell you about this only.

A very brief history of emails

The email was invented by Mr. Ray Tomlinson. The first email was invented in 1967. In 1971, the first ARPANET email was sent and in 1977 it became a standardized working system. An early email was an advance of the file directory. It just put a message in another user's directory so that they could see it when they logged in before. IBM VNET in 1975, BerkNET in 1978, BITNET in 1981, MCI mail in 1983, FidoNET of IBM in 1984, were some of the prominent companies that are credited with popularising the emails. Then slowly, slowly the emails started growing over the years, and in 2012 over 3 million people were using emails. Even though the format has evolved with time, the format of the address remains the same.

Emails are a very convenient mode of sending important messages to our families, colleagues, friends, etc. They have replaced letters as well. Here are a few uses of email-

So, with the above uses, we could see that emails have become an important part of our lives. We are totally dependent on it, to receive any kind of important information. I hope this article has given you the basic knowledge about emails. Now I would like to end with this quote- “ Email has the virtue - sounds like a bad thing, but it's the virtue of being the lowest common denominator messaging protocol. Everyone can have it. It can cross organizational boundaries. No one owns it. It's not a particular company's platform. ” - Stewart Butterfield