The Origin of Human Cloning and Its Basic Principles 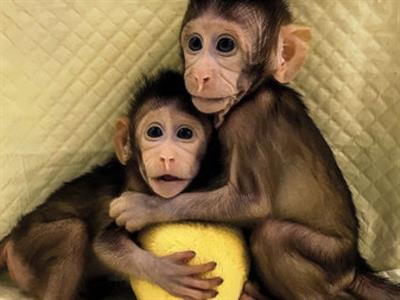 How’d it been if everyone can be immortal?

Imagine a world where no one has to die; all your loved ones will stay with you forever.
Sounds unreal, right? But, it might be possible by “cloning”.

Since 1969, when J.B.S Haldane first introduced the idea of “human cloning”, the subject has been under severe controversies. But, ethical concerns prompted quite this idea right away. Although, with the cloning of the sheep known as “Dolly” in 1996 by somatic cell nuclear transfer (SCNT), the suppressed idea was instilled once again.

In November 1998, the first hybrid human clone was created by advanced cell technology (A nucleus was taken from a man's leg cell and inserted it in a cow's enucleated egg). The hybrid cell was then cultured and developed into an embryo which was destroyed 12 days later. Then, more recently, in 2018, the successful cloning of primates was reported for the first time with the birth of two crab-eating macaques, Zhong Zhong, and Hua Hua.

All the accomplishments in this field are favoring human cloning and indicating that it is not impossible and is not so far.

But what is cloning?
The creation of genetically and morphologically identical copies of a cell or an organism are known as cloning. Although, this does not refer to natural conception and delivery of identical twins.

"Therapeutic cloning" and "Reproductive cloning" are the two most frequently debated classes of cloning.
Therapeutic cloning involves cloning of cells for use in medicinal, transplant and research purposes. The nucleus of a cell, typically a skin cell is inserted into an enucleated fertilized egg. The nucleated egg then starts to divide rapidly forming a blastocyst. The stem cell is then extracted from the blastocyst and is used to grow cells which are a perfect genetic match for the recipient. The cells created via therapeutic cloning can then be used for transplants and to treat various diseases.
In contrast, Reproductive cloning refers to the creation of an entire clone of the organism.