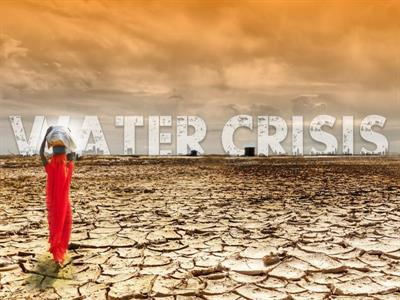 This quote is by Rahim, the great poet who lived nearly 500 years ago but whose teachings still remain as valuable to us as they were then. At a time when India is on the verge of a massive water crisis, we should remember him and his couplets. He emphasized that without water everything is useless; pearl becomes dull, cement becomes pointless and human beings lifeless. It is astonishing that Rahim could sense the importance of water in that time.

India's water crisis is often attributed to a lack of government planning, increased corporate privatization, industrial and human waste, and government corruption. In addition, water scarcity in India is expected to worsen as the overall population is expected to increase to 1.6 billion by the year 2050. The seriousness of the water crisis that India is going to face can be seen from a report by the NITI Aayog which claims that, by 2020, as many as 21 major cities of India will run out of the water and face ‘day zero’. This is a term that got popular after the major water crisis in Cape Town in South Africa.

However, 12 percent of India’s population is already living the 'Day Zero' scenario, thanks to excessive groundwater pumping, an inefficient and wasteful water management system, and years of deficient rains. The report also states that by 2030, the country's water demand is projected to be twice the available supply, implying severe water scarcity for hundreds of millions of people and an eventual six percent loss in the already worsened country's GDP. This is just the direct economic cost of this water crisis.

One more problem is the uneven and unfair distribution of water resources in India both naturally and by the various governments. The World Health Organization (WHO) states that an individual requires around 25 liters of water daily for meeting his/her basic hygiene and food needs. The rest is used for non-potable purposes like mopping and cleaning. This indicates that for most of the non-potable uses, a quality lower than drinking water is required. Thus, for economic efficiency and environmental sustainability, water must be treated and supplied according to usage.

There is an urgent need to understand the seriousness of this problem and take immediate steps. These steps should be taken collectively by the citizens and the government. A recent commendable step by the government of India was the merging of two ministries; Ministry of Water Resources, River Development & Ganga Rejuvenation, and Ministry of Drinking Water and Sanitation to the Jal Shakti ministry. I hope that this step does not just become another political stunt and actually solves this crisis at the ground level.