Your Perception About Humanity 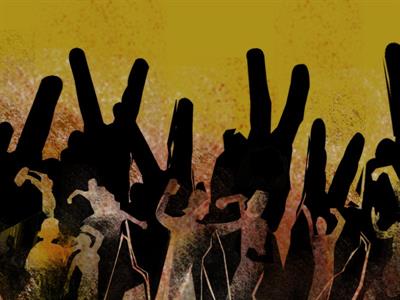 All differences in this world are of degree, and not of a kind because oneness is the secret of everything.  – Swami Vivekananda

Humans are special creations of God, special because humans have a peculiar quality of rationality and can express themselves well to others. People can express themselves as they can well identify their feelings. Feelings of compassion, kindness, and generosity are few states of mind that are the building blocks of humanity. Humanity also includes all the human beings on the earth with their feeling of being a human. The feeling of being a human or humanity can be expressed mainly by being kind, following the principle of equality, loving others, and respecting everyone including the youngers.

India being a diverse country, it is imperative to respect all beings irrespective of their diverse religion, castes, and creed. As people worship different Gods and perform diversified rituals to make their deity happy. In spite of these diversions, one should still respect each other by keeping in mind that all beings are created by one SUPREME BEING: God. Life is a gift given by God to human beings and God also gifted life to other beings. We should respect all lives including animals and other species. On the contrary, humans sometimes fight on the basis of religion, against one’s feeling of humanity and people even harm or kill animals. As rightly said by famous philosopher Swami Vivekananda, that differences are not of kind and oneness or unity is the secret of everything.

Similarly, a very good example of humanity can be seen in the current pandemic situation. These days, when we all are staying home due to the COVID-19 pandemic, most of the people are working online and students are attending virtual classes but, there are other disadvantaged communities who don’t have these facilities. Daily wagers are not getting paid these days and poor kids are not able to attend their classes. These workers are not able to meet their basic amenities like food, shelter, and clean surrounding areas. Similarly, poor kids who don’t have enough facilities, are struggling to study. Following the principle of humanity, people are helping the poor by distributing food packets, masks, and other essentials. The government has also made several initiatives like recently a few websites were developed to help the disadvantaged communities so that they can fight against coronavirus. People worldwide can contribute to these websites. The money collected from such initiatives is used to help the needy. Few such initiatives are by the government and the public are:

Being a human, let's keep a positive attitude towards all and used it in a way to help and show kindness. So let's be empathetic towards others and contribute to humanity.