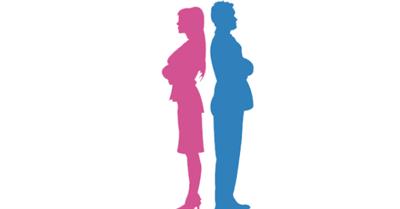 India, a nation that fought against the whites in order to save the brown from violence. A country where Durga, Laxmi, Saraswathi, and Parvati are worshipped in every house. But the goddess in their own house is treated inferior. Whether we like it or not and no matter what facts and figures we quote, the fact remains that the fruits of development have not reached the women in the measure that it should have.

It may seem like a new matter to some, but attaining equality between men and women has been a tough fight since medieval times. Man has shown his dominance over them by his physical powers. This was the reason for such inhibitive customs, like the pardah system, dowry, and the Sati practice which was s sheer manifestation of his hold on women.

Throughout the Medieval period, women were viewed as second class citizens, and their needs always were an afterthought. They were either held to be completely deceitful, sexual, innocent, or incompetent. Therefore, women were mostly withheld from positions of power or speaking their voice; males made decisions for them, and their lives were dictated by the men that ran the society.

A woman plays a crucial role in men's life, no doubt, as a mother, a wife, and a daughter but when it comes to equal rights, she virtually has none. Thus, in all crucial matters like property, or ascendance to the throne, it is always the son who inherits the property or the throne and not the daughter.

It is indeed a matter of concern, that even after more than all these years of independence, they continue to live an underprivileged existence. We may have done away with the Sati and the Pardah system, but evils like rape, sexual assaults, and female infanticide continue to thrive in our society, even in this age of enlightenment. This is why a girl child is looked upon as a burden for her parents and her birth is not rejoiced. The discrimination starts from birth and continues right through their lives, in their education and upbringing.

Otherwise what little she had of her identity, is also lost after marriage.

Discrimination is toxic to the growth and development of the country. Immediate steps are called by providing them free education and ensuring their economic independence. With the increase in literacy and awakening among women, this gap is bound to lessen but the divide is so great that it seems nature also wills it this way. Thus, instead of competing it would be better if men and women complement each other and lead a wholesome life, respecting each other’s rights and liberty.