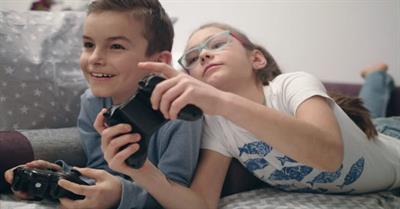 Children used to play outdoor games among their friends, which were known as the traditional summer activities. The schools provided many educational trips planned for students that involve the pleasure of spending time with friends and teachers and learning new experiences. Summer camps, sports functions, annual prize distribution Ceremony have given children access to entertainment and physical activity of expression. The virtual world of Technology is providing immense pleasure in the lives of children and the pandemic time is just a big bonus to this!

According to experts, girls spend one-hour playing video games with that boys spend at least 2 hours of their day on playing video games. These video games are not categorised in a specific bracket as there are many types of video games which involve emotional exploitation and sometimes negative brain development. This multi-dollar billion industry has come up to rise in recent years. With the support of Entertainment Software Rating Board (ESRB) video games such as Grand Theft, PubG, Clash of Clans and Residents Evil are some of the most popularly played video games across the world.

When discussing violence, parents don't permit their children to expose to harsh reality but, now because of video games, they are accessing violent activities through the virtual world. All this extra screen time has been a constant pain for parents presently! Researches have come to a conclusion where they found out the impact of violent video games stating, video games are only being a d stressors for children but still expects to affect the mental health of a sensitive child.

Therefore it is advisable to parents to keep a close eye on their children's actions during their day time. By limiting the use of violent video games can be done for primary school children. According to researchers and their study of knowledge, they conclude this discussion bye by staying more aggressive violent video games sometimes can affect the emotions stability in a child but more or less the effect of these games is less in number.

As in the growing period of a child, the development of hormones plays a meaningful role. There are at least three traits of personalities which can be identified among children while playing violent video games. They are:

High - Neuroticism: This personality trait often speaks about the high levels of anxiety and depression that increases gradually among children.

Emotional - Disagreement: Agreement and disagreements are the parts of conversations. Things get rough when cold conversations happen. Here, the child tends to think deeply with negative images of imagination that can often lead to mental imbalance and harms emotional stability.

Low Levels of Conscience: This type of behaviour in children, is witnessed by their guardians during their adolescent period. Here, a child starts acts to become a superior, deep down they are failing to deliver the truth of their actions. Few indications of conscious behaviour are acting without thinking, making big promises without the courage of fulfilling them and breaking - rules according to their procrastination wants.