The Most Interesting Archeological Sites. 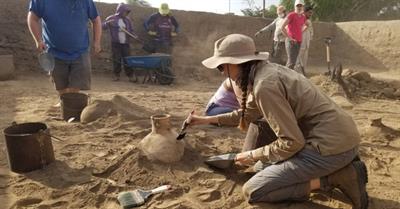 Kumbhalgarh Fort: Located in Kumbhalgarh, Rajasthan, India; this fort’s architecture is based on Rajput military hill architectural style. It was built during the 15th century by Rana Kumbha, a ruler who ruled Mewar. This fort has seven gateways and also a 36-km long wall. This wall is widely known as the Great Wall of India. One can see more than 360 temples inside this fort. More than fifty per cent of these temples are early Jain temples.

Nalanda University: Located in Bihar, India is one of the oldest universities in the world. This university is also known as Nalanda Mahavira. It survived for over seven hundred years that is for almost a millennium before the Turks destroyed it. This university in northern India attracted learned people from all over Asia. Some of its buildings were constructed by the Mauryan emperor Ashoka. It is evidence for the early establishment of Buddhist learning.

Thus, one can say that our world’s history is wide!