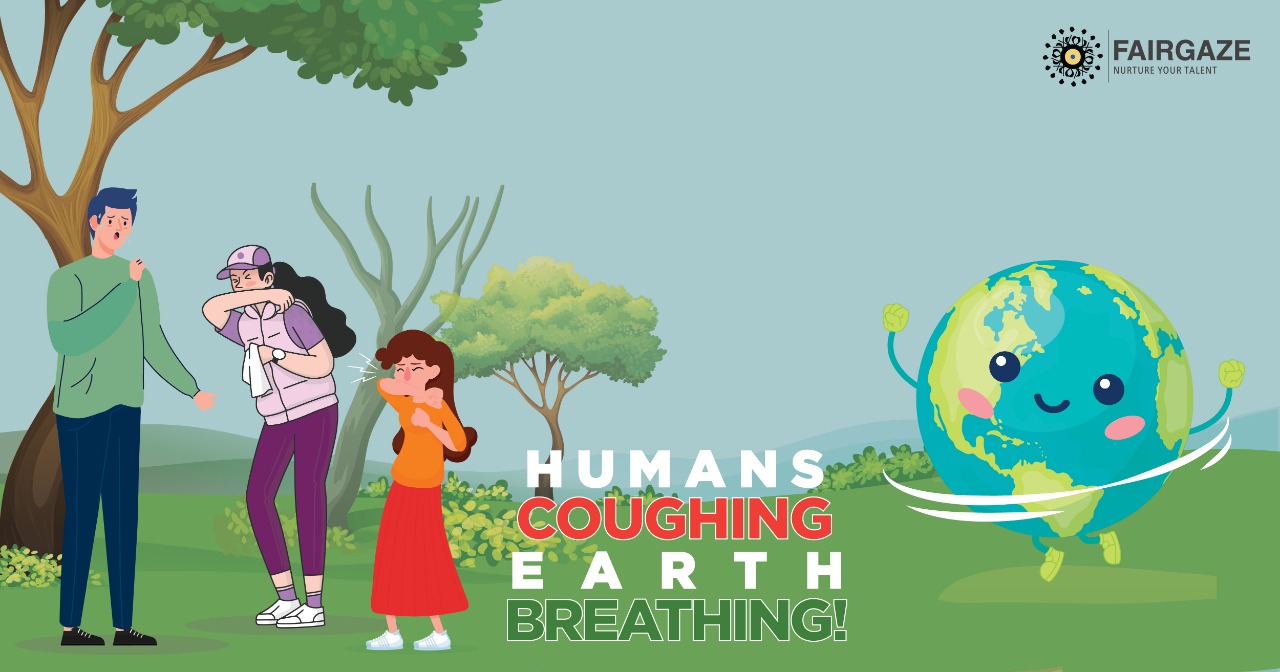 The Ongoing Coronavirus pandemic was identified in Wuhan, China, in December 2019. Coronavirus has infected more than 2 million people across 180 countries and territories. It has resulted in more than 134,000 deaths. It induces respiratory illness with the symptoms including fever, cough, and in more severe cases, difficulty in breathing. If complications arose, it would also result in pneumonia and acute respiratory distress syndrome. To prevent its growth and further infections, many countries have announced lockdown in their respective countries.

Humanity has consistently placed too many pressures on the natural world with detrimental consequences. The warning placed by nature to take care of our planet has always fallen on deaf ears. The rules of sustainability are always talked about in our academics or debates. Were we able to achieve a bit of it? Corona Virus suddenly appeared and transformed the whole plot of Earth’s story like never before. Due to the ongoing COVID-19, global trade has been disrupted, flights have been halted, and many people are now working or staying at home. Life as we knew it has been altered drastically. But with it, it has also caused some interesting positive effects on the environment. Let us examine some examples here.

The Impact of Coronavirus on Environment

Various Environmentalists were seeking solutions to bring the air pollution level down. New Delhi, which was hailed as the world's most polluted capital city, is breathing clean air. The effect of the measures taken due to the coronavirus flare-up has brought about a drop in PM2.5 (fine particulate contamination) by 30 percent in Delhi and by 15 percent in Ahmedabad and Pune, as indicated by the Center-run System of Air Quality and Weather Forecasting And Research (SAFAR). Further, the degree of Nitrogen Oxide (NOx) contamination, which expands the danger of respiratory conditions, has likewise diminished.

The Pandemic has shut down the industrial activity. The carbon dioxide outflows have additionally diminished because coal and oil mechanical exercises have dropped. The highest polluting industry- Air travel has also been brought to a grinding virtual halt, thus, achieving at least a short-term drop-off in emissions. It can be assuredly said as’ the “largest-scale experiment ever” in terms of the reduction of emissions.

The waters of Ganga are pristine

According to a recent report, the River Ganga water has seen a remarkable improvement at Haridwar and Rishikesh. It has become so clean that it is now fit for drinking again. The factors contributing to the change are- the ghats in Haridwar are closed to the public and nobody is allowed to go near or take a dip in the river water, and there is a decrease in industrial effluent and sewage from hotels and lodges. All this has contributed to the difference in the quality of the river water.

Biodiversity is claiming its Territory

However, over the last few months, the Pandemic has also brought some unexpected and interesting news.  Lockdowns have kept millions of people indoors and this is a silver lining for various animals. The flora and fauna have been observed enjoying the positives out of this deadly virus.

In the absence of humans, animals are meandering the streets and they are timidly pushing their boundaries. Some days back, lakhs of Olive Ridley turtles returned for mass settling in Odisha Seashores. Additionally, Sambar deer was sighted in a prominent society in Chandigarh, Nilgai was spotted outside an acclaimed Mall in Noida, a Malabar civet was seen on the zebra crossing in Kozhikode. Due to the absence of ships, Dolphins were seen playing in the sea in Mumbai. The wildlife is finding the streets and cities empty. They are finding it safe to come out and explore. In this pandemic, wildlife has made an unlikely comeback.

A Decrease in Commercial Energy

Around 50% of people, around the world, are now been confined to their homes. Since the lockdown, India's daily energy power consumption has suffered a 26 percent fall. As more people are working from home, there has been an increase in domestic energy consumption. The increase in domestic use is more than compensated by the plunge in commercial activities, and hence resulting in saving energy.

Achieving the Paris Climate Accord Target

And finally, thanks to the pandemic, we may be able to accomplish the Paris Climate Accord goals, The consequence of plummeting emissions will enable the affected countries to satisfy their 2015 Paris Climate Accord targets involuntarily. In this manner, the outbreak has forced us to reduce emissions that we would not have been able to carry out normally.

Once the crisis subsides, we have to tread with larger sensitivity towards the environment. In the end, when the crisis abates, it remains to be seen if this pandemic will have any lasting impact on business operation and alter human behaviour.