Impact of the Internet on Children 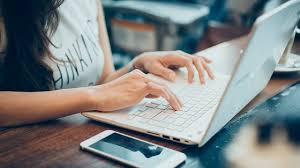 The Internet has been increasing its pace for a few years whenwe researched the effects of social media on the young generation most of theworry was revolving around the access to things like pornography or thepossibility of children that are being approached by strangers online.

While these are the issues that are still important toaddress, but we can say that increasingly it’s one of the more hidden aspectsthat are in the online world that has additional potential for affectingchildren’s mental health.

Young people who live in a world today are constantlyconnected and while this arrives with benefits, it has also come with a feelingthat the user is constantly visible and further judged. This has increasedawareness of student's users' visibility and has given access to other people’sopinions about; how they look, behave, or even act and in short what they post.This is leaving many children to feel stressed and they are unable to turn offthe amplified sense of self-awareness that the social media inevitably leavesthem with.

However, with all these negatives comes some positive too:

Students of today don’t have to rush to their teachers andsolely depend on them for their theories or doubts clarification. They can justsimply Google it.

Some positive impacts of the internet include the following:

•             Itprovides effective communication by using emailing and instant messagingservices from any part of the world.

•             Studentscan also access the latest news from any part of the world without depending onthe print media like TV or newspaper along with their textbooks.

•             Educationhas also received a huge boost as the uncountable books and journals that areavailable online from libraries come from across the world. This has furthermade research easier.

•             Applicationfor jobs has also become much easier as most vacancies are advertised onlinewith online applications becoming the norm.

However, there are also points that speak against thenotion.

•             Easyavailability of some illegal or inappropriate materials online that isn’t age-suitableis one the thing that can affect student’s mental health.

•             Somemiscreants also use the internet for hacking into people’s accounts forspurious activities, and students can be trapped in such things.

We can clearly see that there are two sides to a coin and ittotally depends on children that how they are using the internet and how theyare letting it impact their mental health.