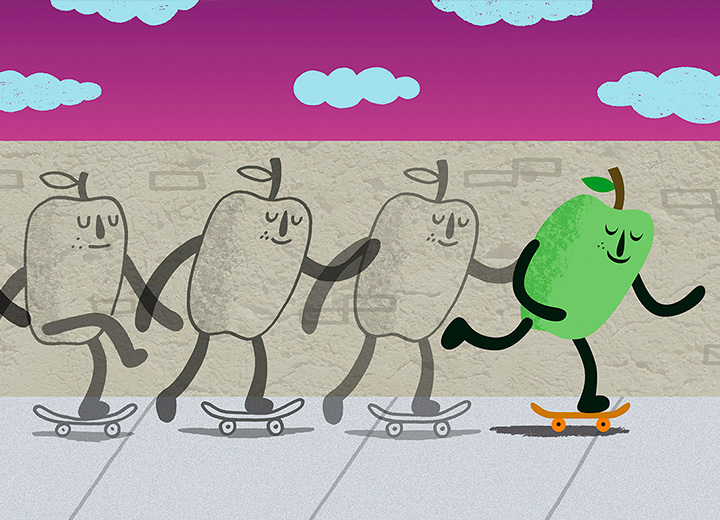 Humans have natural attractions to arts. Cave arts have been found that date back to more than 35,000 years. Even during times when climate was harsh and life was hard. Art has been ubiquitous to human existence. One possibility is that art must have served human's evolutionary journey for successful reproduction. It has been seen that evolution often gets creatures to do what is in their gene's interest, and it motivates them to make pertinent activities intrinsically pleasurable. Art behavior must have been directly adaptive, passed on and adopted by future generations only to be further improvised with passing time. Art also must have been incidental by-product of human intelligence, creativity and curiosity.

Animation is a photographic and drawing technique where successive drawings are photographed, or puppets and models are positioned and photographed in a manner which creates an illusion of movement when these are shown in a film sequence.

Charles-Emile Reynaud a French science teacher created and projected the first animation in public at Pauvre Pierrot, at the Musee Grevin in Paris on the 28th of October 1892.

J.Stuart Blackton came out with a silent cartoon "Humorous Phases of Funny Faces which features a cartoonist drawing faces on a chalkboard that come to life which is regarded by the film historians as the first animated film, while in 1908, Emile Cohl came out with the first ever traditional hand- drawn animation cartoon film called "Fantasmagorie" which is also considered by the film historians to be the first animated cartoon.

Different new techniques evolved over the time. Stop motion was one such early technique used in animated-film making in which the objects that are used are physically manipulated in small increments between individually photographed frames, which when run in film sequence appear to exhibit independent motion. Puppets and dolls with movable limbs were used for their ease of repositioning. Stop motion films could be made using humans, dolls and puppets, household appliances amongst objects mostly to achieve comedic effect.1908 marks the first use of stop-motion animation technique on film with the screening with "Humpty Dumpty Circus".

In the year 1933, Ub Iwerks invents the multiplane camera which allowed the animators to create a three dimensional effect within the two dimensional cartoons. In 1937 "Snow White and the Seven Dwarfs" was Walt Disney's first full length animated feature film that was produced in United States and went to become a huge box office success and an Honorary Academy Award was presented to Disney for their wonderful creation.

Initially when animations started with paper drawings, the general perception was that this would be only restricted to drawings and cartoons. With time as the industry matured and with the computers taking over the perception changed from the animation only to be used for cartoons to production of computer based games as well as different photo-realistic web games, to movies and more.

Today animation is no longer restricted to just entertainment. It has become a medium of expression and effective communication. Specially it has have very positive results in the field of education where animation helps explain different theories and concept to students in a more demonstrative and convincing manner, which become easy for the students to understand rather than a plain diagram or simple mugging up.

Today computer animation is used in various industries these days. It has become a very practical tool with useful applications in variety of fields. Let us look at some of them that use a lot of animation but are not actually related to media or entertainment.

Animation in Child Education: Children have a wonderful relation with animation. They easily relate to the fictional characters, whether it is a book they are reading or the cartoons that they watch. Animation impacts the young minds and their ability to relate to one other and to adults. These educational animations also help the children refine their social skills that support healthy relationships with themselves and others throughout their lives. Animations are a multi sensory teaching tool; they can see their favorite character Speak, Touch Talk. Teaching a child reading writing and math are important but using a multi sensory tool like animation to teach Social and Emotional learning and critical thinking is highly effective.

Animation is also used to build Architectural visualization. Animation is used to design and display how a final project will look like. Most of the real estate companies use animation to display how the final residential or commercial place would look like including life like features, moving vehicles, children’s play ground, vegetations etc.

Animation also comes in use in designing mechanical products like automotives, and many other manufacturing. Animations help in cutting down developmental costs.

Animation as a career is very lucrative. There are several industries where one can get absorbed. It is a creative field and keeps one engrossed. Good drawing skills and a vivid imaginative mind is an added advantage.

Bachelor of Fine Arts in Animation, Graphics and Web Design.

B.A. in Animation and CG Arts.

B.A. in Animation and Graphic Design.

B.A. in Digital Filmmaking and Animation.

B.Sc. in Animation and VFX.