United Nations: India A Founder Member Of UN And A Global Leader 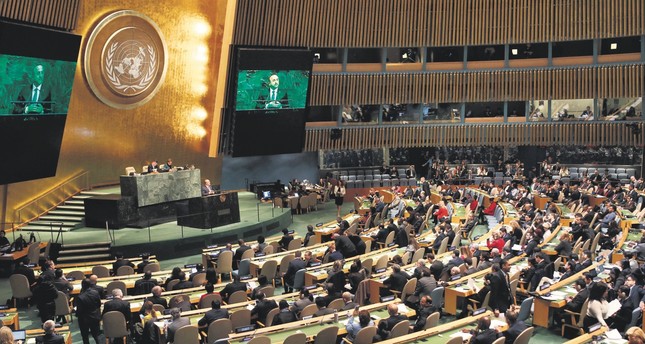 Before we learn about United Nations, we need to go back into history to understand what led to the formation of the United Nations and why it had become imperative to form this organization.

Countries around the world have always made mutual defense agreements with their neighbors, treatises that were of mutual benefit. These treatises generally meant that if one country was attacked the countries who were party to the treaty would join hands to defend the attack. Before the First World War the countries that had alliance were Russia and Serbia, Germany and Austria-Hungary, France and Russia, Britain France and Belgium and Japan and Britain. Hence when, Austria- Hungary declared war on Serbia on the 28th of July 1914, Russia came to the aid of Serbia. Germany also declared war on Russia, France was then drawn in against Germany and Austria-Hungary. Germany attacked France by marching through Belgium and as such Britain too got pulled into war. Japan too came in defense of Britain and later Italy and the United States also entered on the side of the allies.

In 1492, Christopher Columbus in his transatlantic maritime expedition encountered the Americas. This continent was previously unknown in Europe and was not included in the Old World’s political or economic system. The expedition of Columbus inaugurated a period of exploration, many conquest and colonization and the consequences of those still persists to the present day. This was also the start of imperialism. Countries got busy increasing their power and wealth by bringing additional territories under their control and ruling over them. Before the 1st world war several European countries had made imperialistic claims in parts of Africa and Asia. There was competition over these territories and also made them the bone of contention. Because of the raw materials that were imported from these territories the tension between countries laying ownership over these territories ran high. This increase in competition and the desire to create great empires led to a constant conflict and confrontation that actually pushed the world into the 1st World War. As the world entered the 20th century, a new kind of race began that of arms, warships and an increasing size of armies. Countries also started recruiting more young soldiers, training them and preparing them for battles. The warships were made more modern and bigger, the guns were more advanced, overall countries and allies were all geared up for war  if need be. This increasing militarism was also one of the main causes that led to the First World War. This Great War that lasted from 1914 to 1918 was universally destructive. It affected almost all areas, destruction of human life, loss of property, social, economic and political. In four years of war an estimated 80 lakhs people were killed as many injured and about 8 to 10 lakhs went missing. By the end of the war most countries had abolished Monarchy, democratic governments were established and people’s rights were recognized.

After the great devastation and to curb wars and maintain global peace, the League of Nations was established in 1919 under the persistent efforts of Woodrow Wilson. 43 member nations signed this and later on the number increased to 60 when gradually other nations joined the league. The motto of the league was to encourage the ideal of international cooperation, security and peace. One of the main objectives was also to reduce the manufacturing of war equipments and control the growth of weapons. Another most important reason was to keep a check on war. The nations who joined the League of Nations were bound to observe the territorial integrity of other nations. However, the League of Nations was not able to stop countries from trying to expand and attack other countries.

After the World War one ended in 1918, Germany had to give up parts of its land and also banned from having armed forces. In 1933 the German people voted Adolf Hitler who led the political party in Germany called the National Socialist or Nazis. Hitler was over ambitious to the point of madness and promised to make his country great again, began to arm Germany and started seizing land from other countries. On the 1st of September 1939 the German forces numbering about 1.25 million swept into Poland. This unprovoked attack on Poland was what triggered the Second World War when Prime minister of Britain Neville Chamberlin declared war on Germany. The growing Second World War became the real impetus for the United States, Britain and the Soviet Union to begin formulating the original U.N declaration which was signed by 26 countries in January 1942.The main aim was to "save succeeding generations from the scourge of war,…to reaffirm faith in fundamental human rights,…to establish conditions under which justice and respect for the obligations arising from treaties and other sources of international law can be maintained, and to promote social progress and better standards of life in larger freedom.”

With the end of the Second World War, maintaining peace and negotiations between countries became the most important responsibility of the newly formed U.N Security Council constituted of the United States, Great Britain, France, the Soviet Union, and China. Each of these countries had veto power over the other.

India was also amongst the original members of the United Nations that signed the Declaration by the Nations, India firmly supports the principles and the purpose of the United Nations and has over the years made significant contributions in implementing the agenda and goals of the United Nations Charter and played a significant role in the evolution of the various UN’s specialized programmes and its agencies. India has contributed its troops to United Nations Peacekeeping efforts at various times to different countries all over the globe like Korea, Egypt, Congo, Somalia, Angola, Haiti, Liberia, Lebanon, and Rwanda. India is also an active member of the Group of 77. This G77 at the United Nation is a coalition of 134 developing nations who work to promote its members collective economic interests and create a joint negotiating capacity in the United Nations. India has also been selected seven times to the UN Security council. India has been trying hard to get a permanent seat and have been supported by the Russian Federation, United States, United Kingdom and France. However, the reactions from other Council members are not very clear particularly from China.

There have been many fronts where India has played a significant part at the United Nations. Given the fact that it is one of the largest democracies in the world, India’s claim is very justified. India has contributed nearly 160,000 troops which is the largest number from any country and participated in more than 43 missions. In September 2017, U.S. representative Ami Bera and Frank Pallone introduced a resolution in the US House of Representatives seeking support for India for a permanent membership of the United Nations Security Council. A permanent seat at the UN will certainly be a great achievement and of great significance.