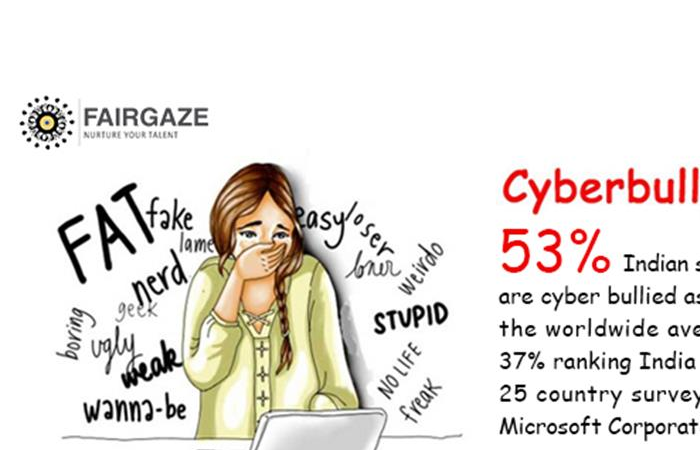 In this age of technology we often see teenagers using the Internet for a large part of the day. And it becomes quite difficult to know where the line falls between using the internet as a safe and rewarding tool and not an overuse of technology.

It can be quite overwhelming to understand teenagers and their craving for technology. Technology has become an essential part of our lives and young generations today also called the “Digital Natives” haven’t known it any other way. A toddler today understands how to use a touch screen or a mobile phone, so separating the technology from the new generation is almost impossible. If we look around the lives of teenagers majorly it seems to revolve around their phones and other gadgets mainly connected to the internet. Social media, smart phones, apps, games, the list seem to be endless. These young people use internet for a various activities. They love going online as they can easily access information to inform and educate themselves. They are online to connect with other peer groups, comment or discuss things with others through different social networking sites or applications, or messaging. They communicate through sharing photographs, or videos of common interest, or share or write blogs or articles. There are numerous groups that are there on the net and these youngsters join those groups depending on their areas of interest. They also play online games. They can even compete with others online while participating in online games. Apart from these all youngsters use the internet these days for their studies or to work on their different educational projects.

Several researches have been done on the online behavior of youngsters and researches are going on. However, a few things that help youngsters have a positive experience while online are having a good understanding of the Internet, how the online media functions and having sound understanding of "Personal Privacy". Once they are sound about the boundaries, it helps them critically understand, analyze and create or work on contents that add value to themselves as well as others without compromising their own privacy. In other words we need to teach them to be good "digital Citizen". Once we are sure they understand that we can trust them with managing their internet time and activities as we do when they are at school or with their friends.

Teaching our kids to be good “digital citizen” and setting boundaries is one part of the story. However, there is yet another part of this Internet which can be pretty sinister and damaging for the youngsters. We are all aware of the word “ragging” which was once reason for many unpleasant headlines. Well it still persists, however, with stringent laws being passed this menace has toned done quite a bit. Now instead of the normal high school, college or hostel ragging we have a different entity to deal with, “Cyber Bullying”. In a way ragging has donned a new avatar which operates in much different level.

Bullying is an intentional behavior which is aggressive in nature towards another individual. Bullying is prevalent all across the globe however, in India we do not give much attention to bullying as a social problem. According to the world Health Organization survey it shows that in general US has an about average amount of bullying when compared to other countries. It is happening all over the world. There is a misconstrued perception among students that the ones who are “cool”, have an attitude bully more and that it is “cool” to bully. Bullying has also become a tool for some kids to gain popularity amongst peer group. Before Internet this bullying or ragging was more physical in nature with the dominating student and his/her group making the targeted new comer or any individual perform awkward stuffs, like asking a boy to perform a belly dance, or swim on dry ground in front of a crowd. There were times when things really went too far and there have been many cases of serious physical injuries and even death due to this kind of bullying. Apart from these there have been several cases of suicides due to this bullying. Owing to these it became necessary to come up with stringent laws with severe punishment in case bullying in schools and colleges. As per the law even a single incident of ragging puts an obligation on the institute to get the FIR registered. There are provisions in the Indian Penal Code (IPC), which can help a student to register a complaint according to the nature of ragging /bullying in the nearest police station. These provisions are: IPC/294 – Obscene acts and songs

IPC/506 – Punishment for culpable homicide not amounting to murder.

Coming down to the new age of technology, Bullying has taken a new avatar, that of Cyber Bullying. What is Cyber Bullying? In this day and age where youngsters are constantly on the internet Cyber bullying is a way of using the internet or other electronic forms of technology to either post mean hurtful comments, or post digitally changed embarrassing photographs of the victim without their consent, or send threatening messages or emails. Hack into someone's personal profile and post either hateful, sexual content etc thus creating a very embarrassing or negative image of the victim. A typical non cyber bullying happens at the moment in time and is over within a short period of time. It also almost always has witnesses which are very limited in numbers. However, cyber bullying incident can on the other hand spread to thousands of people within the fraction of a second and remains distributed worldwide persisting for quite lengthy amount of time. This results in damage being recurring over and over because there are many individuals with sadistic mindset who would go on reposting the same over and over adding more insults to the already insulted. The affects of these on the victim lingers for very long time and can end up creating havoc both in personal and professional life.

The occurrence of cyber bullying has become a cause of concern across the world and is getting increasingly worrying. In a recent survey by Microsoft has shocked everyone with the results. It is more shocking for India. In the Global Youth Online Behavior Survey which was conducted across 25 countries in the world India ranked third in position with a whopping 53% of the respondents within the age range of 8 to 17 years admitting to have been victim of online bullying. The youngsters in the report said that they were threatened or harassed online. It has also being found that high school students are using the internet to take ragging to a different level. This has been taken very seriously by the Central Board of Secondary Education and rules are being set up to train teachers to take cognizance of these kind of behavior amongst students.