Gender Equality: It is Still a Long Road to Freedom for Women 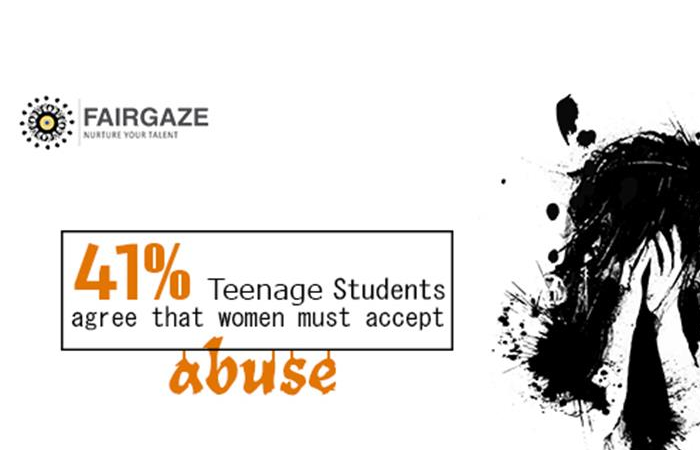 “It is impossible to think about the welfare of the world unless the condition of women is improved. It is impossible for a bird to fly on only one wing.” — Swami Vivekananda

There have been debates and more about the status of women in India. The debates include the position of women in the society, education, their health, economic independence and their gender equality in the society. Needless to say, from all the ongoing discussion we can only conclude that the women of our society still hold a certain paradoxical position. On one hand there has been an increase in the literacy amongst the women population, they have now entered the professional arena with gusto, even in politics and yet female infanticide, poor health conditions, lack of security still plagues the female population.

From the time India was fighting for its independence the participation of women was widely acknowledged. The constitution of India grants equal rights to the women of India, yet the condition of women in our country scream out a different story.  Still majority of Indian women are relegated to the household and still submit to the male dominated patriarchal mindset that prevails in the country.

Despite several amendments being made in the constitution for the social, economic and political benefits for women, still age old archaic practices are rife and there has been no radical change in the general mindset of the people or in the lives of the women of this country. The Dowry Prohibition act was passed in the year 1961 to protect women with a promise for severe punishment but alas dowry harassment and death still feature regularly in the newspapers. The conviction rate of crime against women still is at the lowest. Such inhuman practices have been normalized by this society and as such the female foeticide still continues and the birth of a girl child still considered inauspicious. According to the United Nation Children’s Fund statistics 50 millions of girl child and women are missing from the total population due to selective abortion of the female fetuses of very high mortality rate of the girl child due to sheer negligence and poor health care.

With times lot of changes have been seen trickling in but albeit not at the rate it should have been. However, dowry harassment and deaths, rapes, sexual harassment at work place or public places, molestation and ever-teasing still makes us hang our head in shame. After 72 years of Independence women still remain the most exploited lot in this country. It has been reported and is a hard fact that women work much harder than men in India. They make higher contribution in household work despite working in the offices. Apart from that the contribution of women are mostly unrecognized. They are either underpaid or unpaid and thus they do not figure in the GDP calculation, which negatively impacts the social standing as well as the financial independence of this gender which constitutes 48.2 percent of the population.

The most disturbing is the fact that during a Children’s movement for Civic education in 2015, a survey was conducted and it reported out of 10,000 teenage students surveyed 41% agreed that women must accept abuse. This mindset is the result of gross atrocities that these children have either seen or heard on a regular basis which has made them think that this is but normal. It is painful to see India scoring worse than war torn countries in the world when it comes to gender discrimination. Despite the fact that women in India have more rights provided to them through the constitution of India, yet the facts speak otherwise. The constitution of the country enshrines the women with right to equality, including freedom of speech, movement and right over their own bodies. Yet in recent years the number of atrocities against women irrespective of their age has jolted everyone. It seems that India is in a kind of denial that women do not feel safe at all. Added to this is the fact that the system has not been able to stand up to safeguard the rights of the women in this country.

The act of physical violence against women at home include, pushing, shoving, arm twisting, being pulled by the hair, beating, dragging, choking or threatening to kill. There is yet another side to it which is the emotional abuse where the wife or the women is either said something that is derogatory in front of others or publicly humiliated.

With such gross rampant acts of discrimination and violence against the female gender how do we expect the coming generation to change its mindset? Unknowingly the children feel that this is how it should be. Perception matters. Perceptions dictate who we like; who we want to be in certain position, likewise, perception of how women should be treated creates the culture of Gender discrimination.

This is the need of the hour to teach the coming generation to respect women; especially boys need to be taught to respect women. First and foremost the men of the family, society as a whole need to set an example by treating women with respect. Children learn what they see. Especially very young children should not be allowed to watch violent and disrespectful games or serials what are rampant on the internet these days.  Though usually children who are less than 5 years do not enjoy violence, however, repeated exposure only makes them less empathetic over time.  We need to teach the coming generation what it is to be kind. Talk about healthy relationship, our children need to learn about relationship that are based on trust, love in healthy, functional way. We need to teach them about commitment. When there is no commitment guys think there is no feeling involved. When we separate physical and emotional intimacy we create the ground for sexual miscommunication and sexual coercion or abuse.

The task lies mostly on the Men of our families to set an example. Boys, who see their father abusing their mother, are more likely to abuse girls and treat women as objects of sex and violence. The absence of father’s positive influence is detrimental and this is further aggravated by the chaos that is available on the internet these days in forms of violent movies, music, peers and pornography. When a man abuses his wife, his son takes a cue from him to do so and at the same time he also ends up making his daughter feel it is but normal to be treated in this manner and accept such behavior.

Just like it is said “Charity begins at home” so does good behavior towards women.