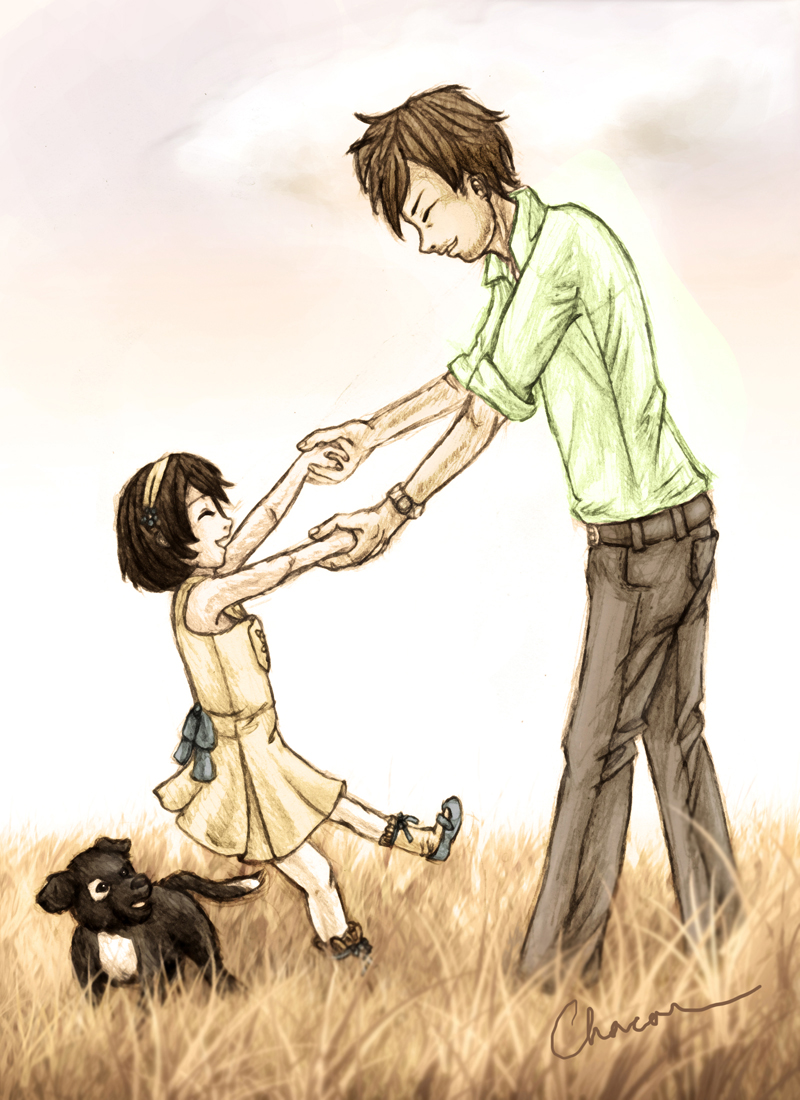 You can write volumesin the praise of a mother and her unconditional love for a child but what abouta father? Ask him how he must also have had sleepless night when you were aninfant taking care of you, changing your nappies, have had restless days atwork when you were not keeping well, worried about your higher studies and howhe would manage finances and still not letting others to have the slightesthint of his worries. A father seem to behave strictly with his children unlike amother but trust me their unconditional love for you are no less than yourmother. They want/dream the very best for you in all circumstances, they giveyou the longest and strongest wings to take the highest flight in life, toilrestlessly day-in and out just for you and his family.

However, there is nothing like a father-daughterrelationship in the world. Fathers are the first man, in fact an ideal man inthe life of a daughter and she idealizes him throughout her life and stand trueto his promises. On a similar note, a father always accepts all her tantrums,forgives all her mischieves/mistakes, a rock-iron man taking all the hardships oflife sheltering and protecting his family and last but not the least breakinghis promise not to cry during the ruksat orvidayi of his daughter.

A daughter is the apple of a father's eye, the princess ofhis castle, and daughter on contrary need every ounce of a father's wit,intelligence, dynamism, courage and that protective instinct which shetreasures forever in that little corner of her heart.

Nevertheless, dedicating just one day of your life for thelove and care of your father is just not enough. In fact, Bollywood has alsoportrayed the father-daughter duo stories in films and gained enormouspopularity. Be it the emotional roller-coaster ride of a daughter taking in allthe tantrums of her father in 'Piku,' but still loving him unconditionally, orbe it the mischievous nonstop thriller of a father-daughter duo in 'Dawat EIshq,' where the relationship rocks the world.

In a nutshell, fathers and mothers are the reason of ourexistence and we are the result of their unconditional love and when timedemands, though it is impossible to repay parent's debt, we should at leasttake care and give them the due respect they owe.