When Will the Global Hunger Will End? 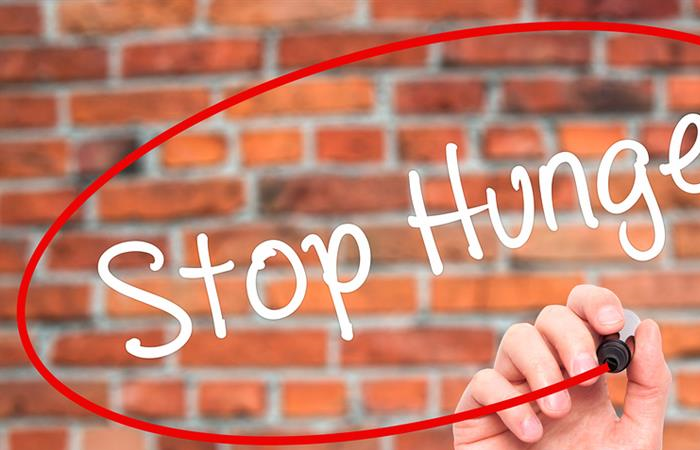 Hunger has been a great concern from ages and has continued to canker millions of people around the world and we all know that to live a healthy life we must have food in adequate quantity to meet our energy and nutrient requirements. But not everyone has an adequate access to the food they need, and this has led to large-scale hunger and malnutrition in the world, apart from the fact that it’s a most basic of human rights -“The Right to Adequate Food. However, many steps have been taken to reduce this challenge, for example, growing competitions for natural resources, emerging climate changes, poverty, illiteracy crisis.  Scientists are also taking concrete efforts to improve agricultural and food productivity, technology, nutrition and education are imperative to facilitate appropriate strategies for defeating hunger and malnutrition.

So, now the question is this that why there is such hunger in a world when the world produces more than enough food to provide everyone on Earth. To answer this, over-eating and obesity is the common cause, according to the World-Watch Institute report, the 1.1 billion people in the world who are over-nourished and over-weight., which almost emulate the number who are under-nourished and under-weight. According to some reports, the vast majority of the undernourished people live in Asia and the Pacific, which is home to 70% of the total population of the developing world. In the Global Hunger Index also, India ranked at a low 100th position out of 119 countries, India slipped by 45 positions since 2014 and the present 100th rank is the worst performance so far. This report is released by the International Food Policy Research Institute (IFPRI) on 12th October, 2017.Recently on 11th September, 2018 UN released a report that Global Hunger continues to rise and it says 821 million people are now hungry and over 150 million children stunted, putting hunger eradication goal at risk.

The reasons behind the problems of hunger are:

 Poverty - It’s the major reason behind the alarming levels of hunger. As per the statistics released by the World Bank, around 12% of the country’s population was below the poverty line in 2011-12. The percentage of people who cannot afford balanced nutrition will be much higher in India.

 Job Instability - The main reason for hunger is mainly poverty that is a result of unemployment among people.

 Food Shortages and the Waste - The problem of food shortages in developing countries are common. The most affected people are smallholder farmers who depend on their own surplus to survive between harvests and when the previous harvest runs out and families cut back on meals. This period may last for months depending on the size of the previous harvest.

 Multidimensional Nature - Hunger and the related under nutrition is the result of various corresponding factors ranging from water, sanitation, access to food items. A person’s ‘nutritional needs’ is also dependent on demographic factors like gender, caste, age, etc. The under developing countries are already dealing with the effects and that leads to damaging of food and water security in significant ways.

 Ineffective Implementation - Another crucial factor behind the persistent hunger is the poor implementation of the schemes and policies. As mentioned by the International Food Policy Research Institute (IFPRI), which releases the annual Hunger Index, the Integrated Child Development Services (ICDS) and the National Health Mission (NHM) have not achieved the adequate coverage.

Serious issues like micro-nutrient deficiencies, underweight, stunted growth etc., mostly driven by poverty, but also influenced by social biases against women and caste others, poor infrastructure, inferior storage facilities for grains and crops, etc. But stable economic growth and policies like the MGNREGA, Food Act, Right to Education, etc. assure some progress. For example, the underweight children came down from 49.2 per cent in 1990 to 30 per cent in 2013.

So, what went wrong during the battle, in mitigating the challenges of hunger and malnutrition? The answer to this is that people lost the Government withdrawing crucial protein sources such as eggs from mid-day meals and anganwadis in schools. Furthermore, the emphasis on Aadhaar to avail food rations, mid-day meals in schools, has also led to prohibition among the poor. Other reasons were severe drought and rainfall deficit, along with deficiencies in irrigation, crop storage, emphasis on big dams neglecting smaller, sustainable projects, and the desertification of large tracts of land in the country. On the other hand, farmers are committing suicide penetrated with debt and continual crop loss, and loan waivers.

Pramod Kumar Joshi, an agricultural economist and IFPRI South Asia director, who said: "Despite a massive scale-up of national nutrition-focused programmes, drought and structural deficiencies have left large numbers of poor in India at risk of malnourishment."

The world is fighting against hunger since the end of the last century to reduce the numbers affected people. We need to eradicate hunger completely and find innovative approaches to tackle these issues and continue to tackle these problems. We have to look apart from what has been done before and use new.

There is three important constituent that assists the end of hunger globally. Firstly, starting with women, mobilizing everyone and encourage the development of partnerships with local Government. We need to empower women and girls and it is essential for ending hunger, poverty and malnutrition globally. When they have an equivalent amount of access to education and participation in decision-making, then they will definitely become the driving force against hunger and poverty. By encouraging the women control over decision-making in the household then gender equality also translates into better prospects and greater well-being. Naturally, if women farmers had the same access to resources as men, then the issues will reduce by up to 150 million. Secondly, mobilize everyone. When we mobilize societies they will become their own agents of a change to end hunger. Hungry people are not the issue; they are the solution to the problem. They are capable to take charge of their own lives. They clearly know their basic needs and are aware of the resources their society have and those are lacking. We are supposed to spread awareness and call for action and change. That’s why the reason to mobilize the “people power” gives society the dominance and a voice to demand the resources that are their ignites. This focuses on the guidance of members to take action in the areas of health, food security, education, family income and local government. Thus, these people in return are mobilizing millions of others to do the same.

Lastly, by encouraging effective partnerships with local Government and working with Government is a sustainable development towards ending the hunger. Working with democratic institutions to nourish the potential and make the most of the resources. Local Government is closest to their people and has the objective to fulfill basic needs. Working in collaboration with Government bodies that ensure they are productive, which includes the leadership of women and are directly liable to people.

The solution to hunger is not about welfare. It's an overall approach that starts with women, works with local government and mobilizes communities to take self-sustaining actions. Now, it’s time for the policymakers should examine the ‘Right to be free from hunger’ as a fundamental right.