Crime by Juveniles in India Is On the Rise 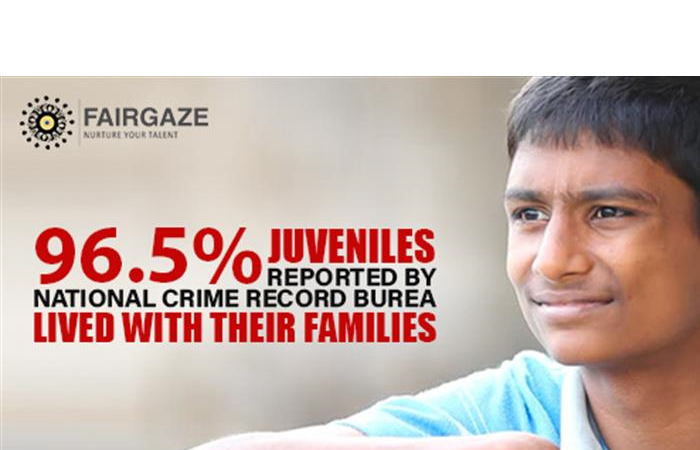 India primarily has one of the youngest populations in the world. It is estimated that by 2020, India will be the youngest nation with 28 being the median age. While comparing with other countries China and US median age will be 37 followed by 45 of the Western Europe and Japan at 49.This Demographic Dividend is bright for India as India will host the maximum number of working age population in the world. This will provide India with an unprecedented edge that could add a significant 2% to the GDP growth rate is what economists are predicting. The demographic Dividend means India has and will have higher labor force than the population dependent on it. However, on the flip side, in the latter half of the century it will be reversed with the aging population graph rising. Unfortunately we still do not have adequate social security to address the growing needs of this huge population.

Happy we should be about being the youngest country, however with caution as we also are looking in the eyes of a Demographic disaster if we do not get our acts together. It is very unfortunate that there are several very crucial points that need immediate attention like health and education. Currently the majority of the work force, nine out of ten to be precise work in informal sector where neither the pay is regulated nor the time. The workers have very unpredictable future and have no control over the permanency of their jobs. Further being uneducated, most often they are unable to fight for their rights or even hone their skills in the right direction of growth. The female work force faces a more grim reality.

Children are considered to be gifts sent from the heaven and are personal and national assets all over the world. As an individual as well as a country we have great responsibility and duty to provide the right opportunity to these children so that they grow up in a healthy social and cultural environment to their full potential. The right environment will ensure that they become both mentally and physically healthy and alert and morally sound citizens of the future. We always expect or like children with good behavior, obedient, respectful and wish to see all the good virtues and qualities in them. However, with the lack of equality in our society and due to various other factors a certain percentage of children fail to follow the settled social norms and legal dictum and take to ways which are not just unacceptable to the society but they often end up ruining their own lives. Such children are most often than not get involved in criminal behavior which is known as juvenile delinquency or juvenile crime.

Let us try and understand who is a Juvenile? Juvenile is a person who is a teenager or adolescent who is yet to become an adult. A juvenile is also meant in the legal context as a person who has not attained the age of an adult as defined by the laws of the land, and as such cannot be held liable for any criminal act that the adults of the country are tried for. In legal terms a person who has not attained 18 years of age is considered a juvenile and it has much significance legally as according to the Juvenile justice (Care and Protection) Act 2000, a juvenile is not allowed to be treated as an adult even though the crime committed by the juvenile is like that of an adult criminal.

In the recent years Juvenile crimes are on the rise in India. The inhuman gang rape of a young girl in New Delhi on the 16th of December 2013 shocked the entire nation. It was the most heinous crime committed by 5 men in the most brutal manner and the most barbaric of all the perpetrators was a juvenile. In yet another act of brutality known as the Shakti Mill rape case it was again a juvenile who was involved. There have been news of many more crimes committed by minors /juveniles in recent years and this has made the country as a whole to sit up and take a look at the prevailing Juvenile Justice. There is a public outcry that the Juvenile Justice (Care and Protection) Act 2000 which now treats the persons below 18 years as minors or juvenile should be changed.

No one is born a criminal but there are so many factors that play a part in youngsters taking to crimes. One of the biggest factors in our country is lack of jobs in the rural areas that force a huge number of people coming to cities to eke out a living. Many do not have a roof over their head and are forced to live on makeshift accommodations or even on pavements. They do not have time for their children, who do not get proper care, nor do they have the means to education. Initially these children either beg or do odd jobs, some take to petty thefts and one leads to the other and these juveniles unknowingly move into the world of crime. Poverty is a major reason behind these juveniles slowly moving towards the world of crimes. It is said little knowledge is dangerous, and it really is true. These juveniles are those, whose parents are working in informal sectors or as daily laborers.  They leave their children at the mercy of fate as they go about their livelihood. Some of them are school dropouts and these are the ones who usually become soft targets. With technology at our finger tips these kids have learnt how to use mobile phones and other gadgets and unfortunately social media doesn’t always give positive result. As a matter of fact social media has made these juveniles more inclined towards criminal activities. Unchaperoned these youngsters forage into the ugly world of social media and pick up stuff that we generally try to keep our children away from. Pick Pocketing, stealing, being part of criminal groups are what the juveniles get into to make some fast buck. Not just criminal activities it has been found that these kids we usually find either rag picking of begging are addicted to drugs as well. They make small groups trying to safe guard each other and before long these little groups become gangs of criminal. We often get to hear or read in the newspaper about this kind of groups. Moreover, these kids grow up fending for themselves which actually robs them of the feeling of love, affection and compassion. Added to it the Juvenile correctional homes in our country are in such bad state that there is no way a juvenile who lands there will get corrected. On the contrary it mostly has a very negative impact on the juveniles and there have been many cases where these juveniles have escaped from the correctional homes.

It is really high time proper planning on education for all, jobs for all irrespective of urban or rural population should be chalked out. We are looking at the future of this country. Juveniles today will paint the picture of future India and we need to provide them the necessary platform so that they become responsible citizens of this country tomorrow.