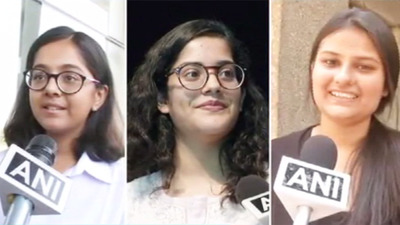 India galore with innumerable personalities who in spite of having a very meager beginning outshined in life and remained exemplary that hope, hard work, dedication and commitment can withstand every obstacle.

The Central Board of Secondary Education (CBSE) 12th results for 2018 have been declared on 26th May 2018 and Delhi had once again made us proud with skyrocketed performance. 102,260 students have passed the examinations out of the 112,826 students who appeared and girls have specially outperformed boys in the state. The passing percentage of government schools was 90.68, which is again higher than the private counterparts. Manish Sisodia, current education minister of Delhi congratulated each and every student, parent and teacher for their hard work, consistency and dedication as results are always the outcome of a combined effort.

Among all government schools, Prince Kumar, the son of a DTC bus driver and a student of the Science stream, hailed as a topper. He scored 97% and full marks in Mathematics. Yet again, Prince showed the world that with determination, consistency and hard work, no barriers can really cause any obstacles in the path of success.

Toppers in the lists include Meghna Shrivastava (499) and Anuoushka Chandra (498). Third position was however tied up with seven students, two boys and five girls scoring 497 marks by each student. The students who secured this position belongs one from Jaipur, one from Noida, one from Ludhiana, one from Haridwar, one from Meerut and one from Ghaziabad.

This year, even the differently abled students rocked with glorious results. Out of 2836 students who appeared for CBSE class 12th exams 2482 students passed.