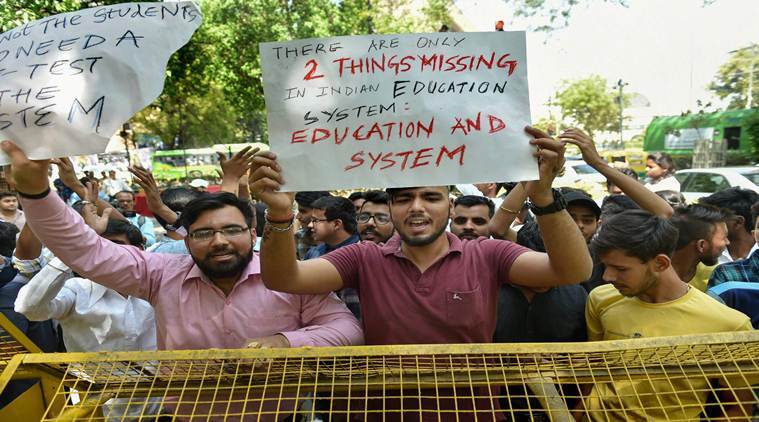 Indian education has its roots in ancient Gurukuls. It was a system of education where the students stayed with the Guru till such time the Guru felt he had imparted all the knowledge he could. Ancient Gurukuls taught subjects that were varied and from language to scriptures, mathematics to metaphysics, astronomy, nature studies etc.

With the British came new system of education which was confined not just within rooms but also between Science and Mathematics and few other subjects. However, the interaction with nature which was the norm in ancient Indian education system was changed to closed room system.

In 1857 Calcutta University was established which was the first Asian multidisciplinary, secular westernized university. In the year 1921 the first education Board was set up in Uttar Pradesh and was known as “Uttar Pradesh Board of High School and intermediate Education”. After few other changes in the year 1952 it finally came to be recognized as the “Central Board of Secondary Education”. Before 1976 education was considered a State Subject with Central government playing an advisory role. However, in 1976 through the 42nd amendment act Education was transferred from the State to the Concurrent list in the constitution. The implication of this amendment was that both the centre and state could legislate on any aspect of education from the primary to the University level.

After the amendment in 1962 the CBSE board was reconstituted. With education being a subject in the concurrent list most states also have their own education system or board in place with different curriculums.

CBSE is the main pinnacle board which is not just spread across the length and breadth of the country but has its presence globally in 21 countries with around 141 affiliated schools.

The CBSE grants affiliation to schools till the higher secondary and develops and maintains a common curriculum keeping in mind the nationwide requirement. Due to the uniformity amongst students throughout India, more schools are getting affiliated with CBSE. Though,both Central and State government are equal partners in formulating education policies, however, states cannot impede or influence the working of the executive powers of the Union.

Managing a Centralized Board is definitely no cake walk, and the recent CBSE question paper leak is an example of that mismanagement. The question paper for Economics for Class XII and Mathematics for Class X got leaked which points towards lack of security within CBSE. CBSE has announced for re examination of both these subjects for 28 lakh students across India. This has left a bitter taste amongst the students who had just written their exams. This also does not do justice to students who have sincerely studied to crack their exams versus students who want it the easy way out. HRD ministry and police Special investigating team are working to nab the culprits, but students and parents are equally disappointed and dissatisfied.  The Government too is answerable as it is the future of young aspiring students at stake.