The Sun Moon and Calendar 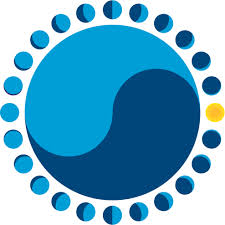 Calendars have always come to our rescue, in situations when we forget important dates and occasions.

The question arises, as to how this concept of dates and months actually came up?

The world's oldest calendar which dates back to more than 10,000 years was discovered in Scotland. Today we follow the Gregorian calendar.  Earlier the calendar that was followed was the Julian calendar, which was admirably close to the actual length of the year. The term calendar itself is taken from calendae, the term for the first day of the month in the Roman calendar.

The calendar is a system of organizing days for social, religious, commercial or administrative purposes. This is done by giving names to the intervals of time (days, weeks, months and years). These intervals are usually synchronised with the cycle of the moon and sun. In the earlier times the duration of a month was calculated according to the cycle of the moon around Earth. Thus the term Month came up, referring to ‘moonth’. The concept of month was based on the moon’s motion around the earth. But this connection was broken in the calendar that is used now.

The world does not have one fixed standardized calendar. Different cultures have gotten made different calendars. This has resulted in us having Chinese calendar, Mayan calendar etc.

Formulating a calendar was important, because calculating dates is an important task for deciding the sacred days of the year. These sacred days were decided according to the regular intervals of the occurrences in a year.  It also helped the early researchers in maintaining a proper intelligible record of the events of the past.

Calendars have always been an integral part of our daily schedule. We may not give them a justified due but without calendars all the days, dates and events would have been lost.